A large percentage of men and women in our nation’s state and federal prisons are parents whose parental rights have not been terminated. Since both parents are expected to financially support their child, incarcerated parents with parental rights still have this obligation. 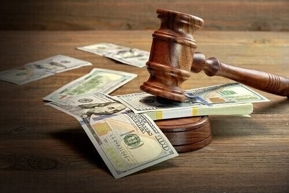 According to the National Conference of State Legislatures (NCSL), “As of Dec. 31, 2015, there were approximately 1.53 million people in federal and state prison. More than 50 percent of those inmates have one or more child under the age of 18, leaving an estimated 2.7 million children with a parent incarcerated.” In addition to that, the NCSL mentioned how one study estimated that 25 percent of prison inmates had a child support case.

In virtually all states, if a noncustodial parent is convicted of a crime and incarcerated, their obligation to pay child support does not end. If the parent has the financial means to pay their monthly child support payment, they will have to continue making payments during their period of incarceration.